Window cleaning is an important part of maintaining an attractive and hygienic restaurant.

Any business that involves food should put the cleanliness of their establishment at the top of their priority list. Restaurants are one such type of business that benefit from frequent weekly or bi-weekly window cleaning services.

Often found in busy, central locations, restaurant windows are prone to getting dirty quickly both inside and out.

Here are five reasons why regular, professional window cleaning is an essential part of maintaining a restaurant.

END_OF_DOCUMENT_TOKEN_TO_BE_REPLACED

Hiring a professional commercial window cleaner may have more of a positive impact on your business than you realise, here?s why.

Whether you own a business in construction, retail, or office work, maintaining the appearance of your windows is essential to your reputation locally.

Dirty windows are more than just an eyesore though, have you considered that they may also have a negative psychological effect on both your employees and your customers?

Hire a professional commercial window cleaner to make sure that the job is done regularly and to a high standard and start enjoying the many benefits of crystal clear windows. END_OF_DOCUMENT_TOKEN_TO_BE_REPLACED

Being a business located in a city centre has many benefits but can take its toll on your windows.

Businesses in the city are likely to require more frequent window cleaning than those in more rural areas due to the activities going on around them.

Why do city windows get dirtier quicker?

Cities are big and busy places, and whilst it can be great to be right in the thick of all the action, city-life can also be a bit noisy, smelly and dirty.

Just some of the factors that cause windows in the city to get dirty quicker than those in quieter areas include pollution, construction, roadworks, and those pesky pigeons.

Cities usually experience high levels of traffic, causing high levels of pollutants, dirt and dust in the air, all of which will cling to your property?s windows.

END_OF_DOCUMENT_TOKEN_TO_BE_REPLACED

Posted by Christopher Oakes on April 8, 2019

Spring is the perfect time to freshen up your business? windows, ready for the warmer, brighter weather ahead.

Whilst it?s important to clean and maintain your property?s windows all year round to increase their longevity, spring is a particularly good time to give them a thorough spruce.

When the weather begins to warm up and the days get longer and lighter, dirty windows will suddenly become more noticeable.

Here are our top three reasons why your business needs to look after its windows this spring.

END_OF_DOCUMENT_TOKEN_TO_BE_REPLACED 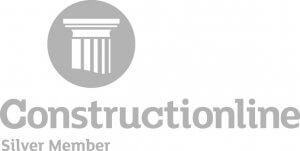